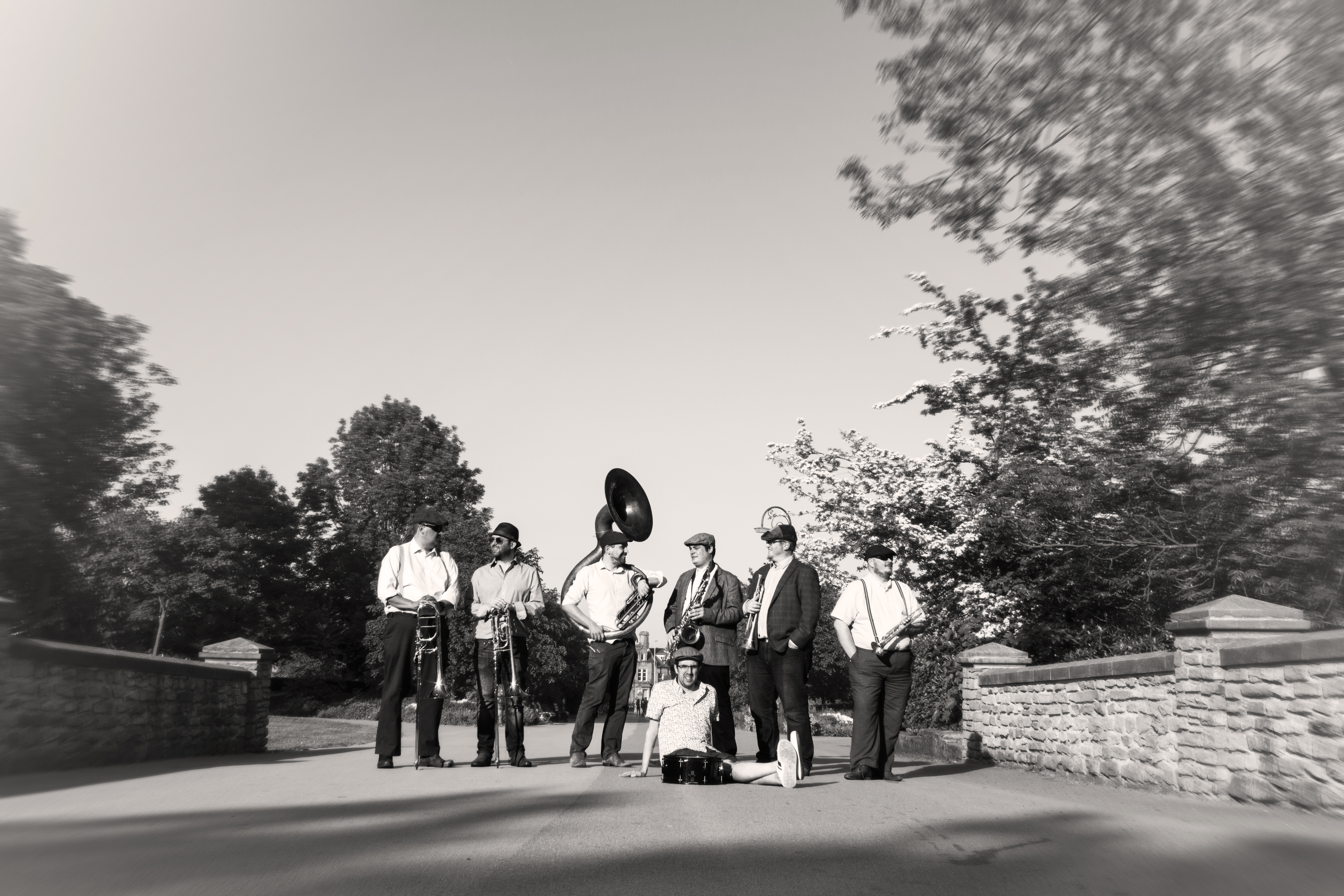 West Yorkshire band, Flat Cap Brass has launched a Christmas appeal, producing their own version of the Christmas classic ‘Fairytale of New York’ to raise funds for West Yorkshire based homelessness charity Simon on the Streets.

A music video accompanying the single shows scenes from the streets around West Yorkshire with the charity’s outreach workers, intercut with clips of the band performing the Christmas classic.

Hailing from Huddersfield, Flat Cap Brass is made up of two trumpets, two trombones, a saxophone, a sousaphone and drums.

Musical Director of Flat Cap Brass, Simon Jacobs, who is also Head of Music at Greenhead College in Huddersfield says:

“We are delighted to be able to support Simon on the Streets with this version of  ‘Fairytale of New York’. We hope the video raises awareness of homelessness, whilst also raising a lot of money for the charity.”

James Reevell who co-directs Flat Cap Brass and is Head of Music Technology at Greenhead College recorded the track. He noted that:

“The video combines recent footage of Flat Cap Brass performing with the outstanding work of Simon on the Streets. In the recording, we have tried to recreate that classic Yorkshire Brass Band sound alongside Flat Cap Brass’s unique drum and brass take on a classic Christmas track.”

Simon on the Streets which has celebrated its 20th anniversary of supporting entrenched rough sleepers across West Yorkshire is a local, independent charity which supports those sleeping rough or at risk of rough sleeping in Leeds, Bradford and Kirklees.

CEO for Simon on the Streets, Eric Richardson said:

“Christmas is known as a magical time of year but for those on the streets it can be particularly difficult so we really appreciate the support from Flat Cap Brass through their rendition of this classic Christmas song.”