Duo of appointments and promotion for fast-growing Yorkshire firm

Duo of appointments and promotion for fast-growing Yorkshire firm 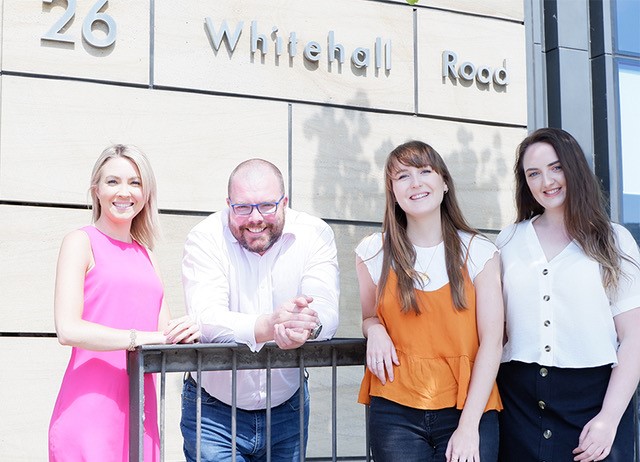 Have you heard the news? Read the latest MacComms press release below to find out more about our team expansion!

Formed in April 2015, MacComms is founded and run by leading West Yorkshire businesswoman Ellie MacDonald who has 10 years’ PR and marketing experience.

Following the achievement of a first class honours master’s in marketing from Leeds Beckett University, Sophie joins the company on a permanent basis, having undertaken a successful five-week PR placement.

Sophie will be responsible for MacComms’ and its clients social media accounts, design and content creation.

Ellie commented: “I’m excited to welcome Chris and Sophie to the team, as well as promoting Emily who has demonstrated real passion and dedication to support MacComms’ clients and company growth.

“We have spent the past three years establishing who we are, what we do best and who we want to work with and it is an exciting time for the company as we embark on ambitious plans to scale-up.

“Hiring entrepreneurial people such as Emily, Sophie and Chris is key to MacComms’ future success and I’m looking forward to welcoming more talented recruits as we continue our growth.”

Chris added: “It’s great to join such a confident, fast-growing business at such an exciting time.

“I’ve been really impressed with Ellie and the team at MacComms and I’m confident that they can add significant value to any business I introduce them to.”

Sophie added: “After spending the past few weeks working at MacComms, the hard work and enthusiasm of the team has been so infectious that I’m pleased to have officially joined the company to take a lead on the company and clients’ digital communications.

“I am grateful to Ellie for allowing me to continue working on my own digital design business one day a week whilst being part of the journey at MacComms.”

The company plans to recruit additional members to the team this year, including an experienced PR agency account manager.