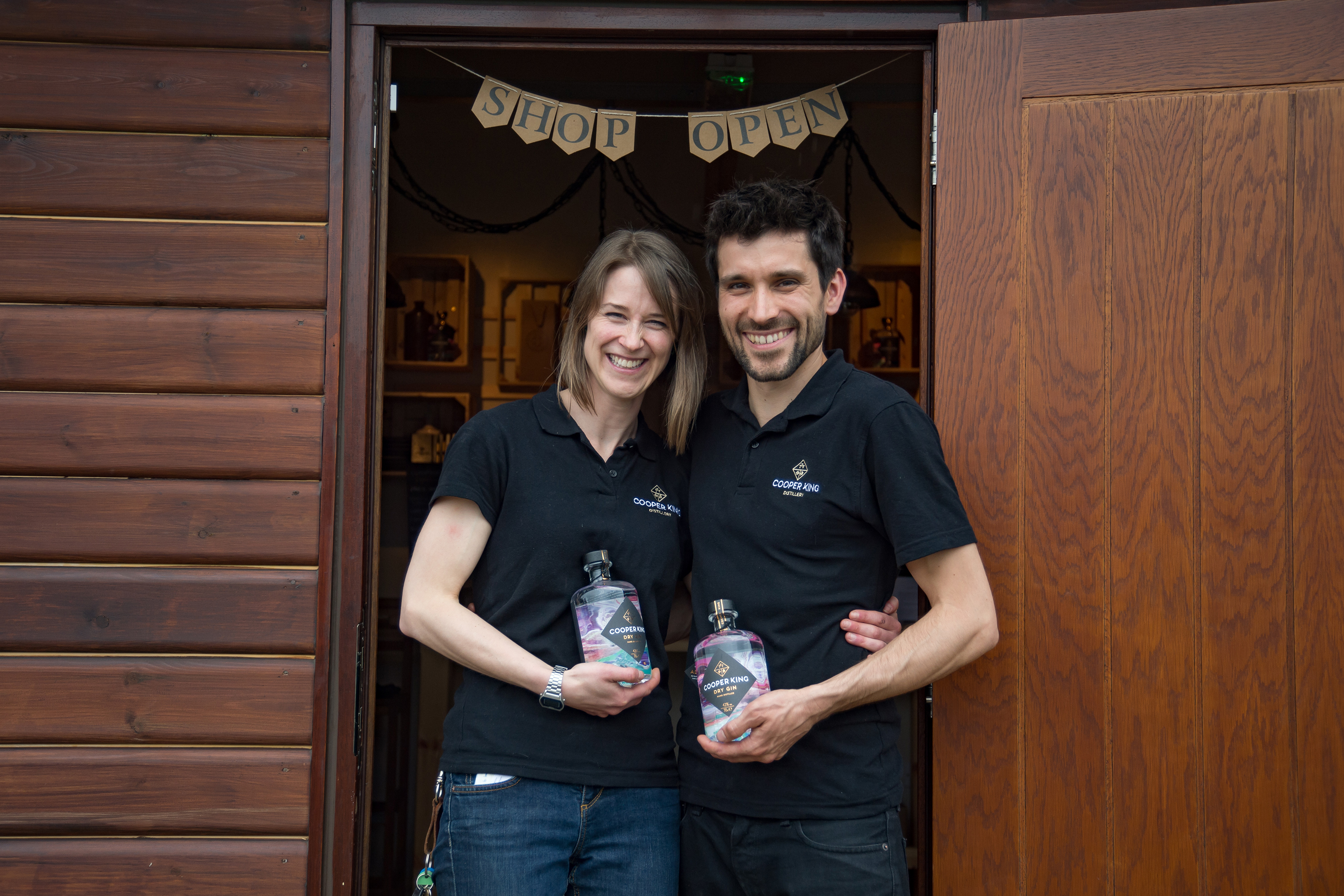 Our fabulous friends at Cooper King Distillery launched their inaugural Cooper King Dry Gin last week and we had the pleasure of attending the Yorkshire countryside launch party!

It’s truly a delicious gin, perfect for pairing with tonic or elder flower.  News of the launch was covered by multiple media outlets – have a read of our press release below!

A Yorkshire-based craft gin and whisky distillery has marked its official launch with a celebratory event attended by more than 200 guests.

Cooper King Distillery, which is England’s first self-built distillery, held the event on 2 June to celebrate the launch, having recently completed production of its pioneering inaugural gin.

Hand distilled using honey from the distillery’s beehives, lemongrass and a touch of locally-grown lavender, the gin has incredible savoury lemongrass flavours, a silky mouthfeel and delicate floral notes. It is produced in micro-batches by uniting state-of-the-art vacuum distillation with a traditional copper pot still, before being bottled and labelled at the distillery.

Established in 2016 by co-founders Chris Jaume, a chartered architect and Dr Abbie Neilson, a former scientist, Cooper King Distillery is based in Sutton-on-the-Forest in North Yorkshire, on the site of a former horse’s stable.

The event also saw Cooper King Distillery co-founders Chris and Abbie speak about their entrepreneurial journey over the last four years, thanking everybody that had been involved, in an emotional speech.

Having moved to Australia in​ 2014 ​with a desire to leave the rat-race, the couple became fascinated by the eight operational whisky distilleries in Tasmania. With a mission to bring their discoveries back to the UK, they gave up their established careers and set up a truly independent gin and whisky distillery.

Cooper King Distillery had a team of friends, family and Founders’ Club members working together on the construction. Following completion, the first batch of gin went into production in April 2018.

The distillery will invite local people and tourists to experience first-hand how gin and whisky is made, with a production area, cask maturation warehouse, tasting room and spirit shop opening to the public this summer.

Abbie commented: “We are so grateful to all our friends, family, investors, suppliers and founders that have supported us over the last four years. It was quite overwhelming to have a room full of people that have each helped us in some way on our journey to set up our dream distillery.

“It was great to finally see people enjoying our inaugural product, Cooper King Dry Gin. After the long process of self-building the distillery, it’s amazing to be finally producing and selling our products. There are plenty of exciting developments coming up; we’ll begin distilling single malt whisky in the summer, and officially open to the public very soon, so be sure to keep your eyes peeled!”