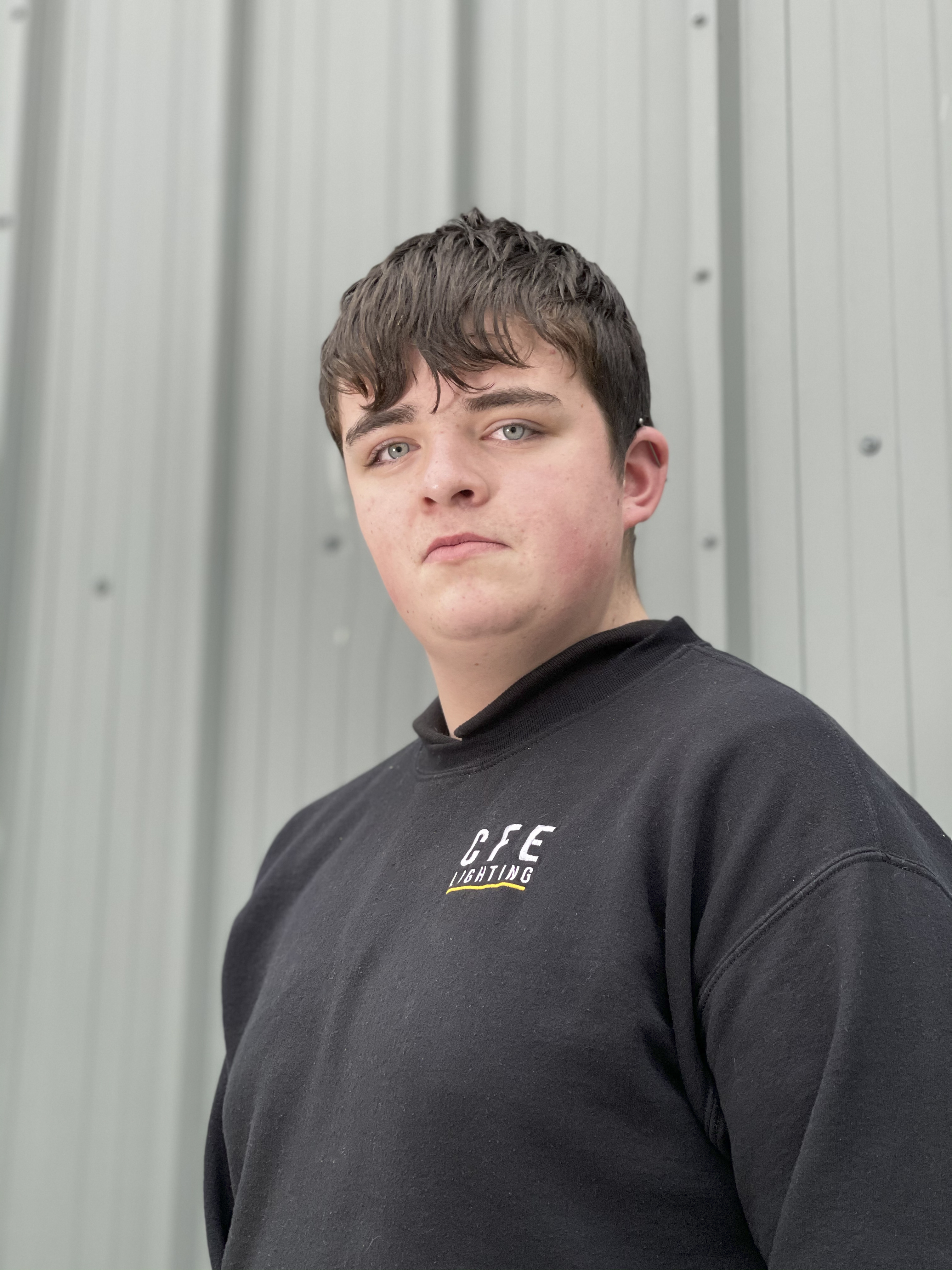 Lancashire-based LED lighting manufacturer CFE Lighting Ltd has taken on its first apprentice as it looks to accelerate growth and build on its strongest ever trading performance over the last 12 months.

Sixteen-year-old Jack Davies has started an 18-month long LEAN Engineering apprenticeship with the company, with the aim of becoming a qualified engineer and securing a permanent role within the rapidly growing business.

Over the course of his apprenticeship, Jack, who lives in nearby Nelson, will be working across a variety of different areas within the company, which specialises in bespoke LED luminaires and lighting solutions for commercial, industrial, and public sectors.

His role will see him work with the manufacturing team to learn how to assemble a vast range of light fittings and controls, as well as being involved with both the sales and customer services teams.

They join as the business looks to build on double-digit growth over the last 12 months, with CFE Lighting Ltd achieving its highest-ever turnover of £1.1m over the 19/20 financial year.

Commenting on Jack’s arrival, CFE Lighting’s general manager and North West area sales manager David Clews said:
“Jack joins CFE Lighting Ltd at an incredibly exciting time as we look to build on stellar growth over the last 12 months and add to our already impressive portfolio of products and services.

“He’ll be learning from some of the best in the industry and the whole team is looking forward to working closely with him to equip him with all the skills and knowledge he needs to become a professional engineer with a bright future ahead of him.”

Of his apprenticeship, Jack Davies said:
“Despite being a relatively new name in the industry, the company has built a strong reputation for quality, with everything made in the UK, and I’m thrilled to have the opportunity to develop my engineering knowledge and skills with them.”

CFE Lighting Ltd was established in 2015 by Chris Baldwin, who is managing director of Baldwin Engineering Holdings Group. It operates globally and has a customer base that includes a range of blue-chip companies.