Last month, the MacComms team slept out for Simon, helping to raise vital funds for the charity.

You will have seen us talking about this all over social – as PR partners and advocates in making Leeds a better place, Simon on the Streets is a charity close to our hearts and an organisation we always feel proud to support.

Supporting rough sleepers in Leeds, Bradford and Huddersfield, the charity hosts several fundraising events throughout the year, with the annual sleep-out being the largest.

Sleep-outs are pivotal to the charity’s fundraising, as it relies solely on donations and partnerships to continue its vital work in the community. Last year’s Leeds sleep-out raised an outstanding £15,800.  More recently, the charity hosted its second sleep-out in Wakefield, raising £5,159 with local business RED Media.

On the 27th of September we donned our sleeping bags, hats, coats and woolly socks to join other participates at the tiltyard, outside the Royal Armouries Museum in Leeds. With delicious food from award-winning Manjit’s Kitchen and entertainment on the night via a performance of ‘Mother Courage and her Children’ by Red Ladder Theatre Company, a talk from the inspirational Penny Mallory, as well as The Hepworth Brass band performing upon arrival – we knew that this was nowhere near the hardship that rough sleepers face each day. 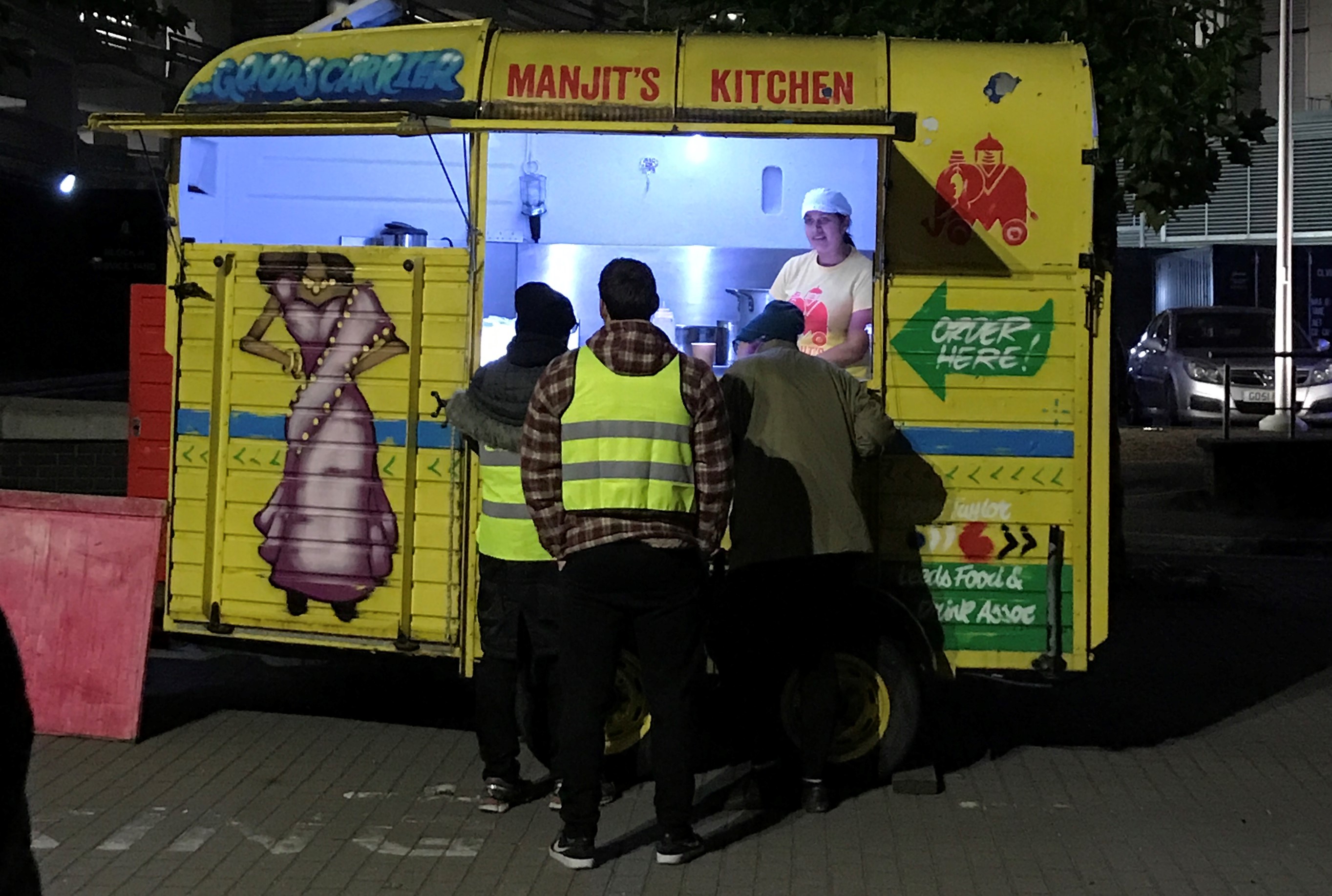 Wrapped up in sleeping bags, scarves, hats and hoods, we managed to get a few hours sleep and were so pleased that the weather stayed dry. In the morning Red’s True BBQ cooked up some breakfast and everyone packed up ready to go home.

We manged to catch the 7:30am broadcast on Radio Leeds in the morning where journalist Matt spoke about his time sleeping out for Simon. Speaking to him at the sleep-out we told Matt about our reasons for taking part and how the charity go that extra step reconnecting the homeless with society.

We are delighted that with 39 donations from friends, family, clients and Yorkshire-based businesses, we raised £1,780 for the charity! With businesses such as Fluid IT, Trinity McQueen, Leodis Wealth, Sound Leisure, Art of Cloud and more all donating generously to show their support, we smashed our £1000 target.

We’re so grateful to all that donated and are proud that the money raised will aid with the organisation’s street-support to rough sleepers, many of whom have complex needs, and cannot access mainstream services due to behavioural issues or mental illness.

Overall, the sleepout raised more than £22,000 for the charity!

We’ll see you for next year’s sleep out where we hope to raise the bar even further! 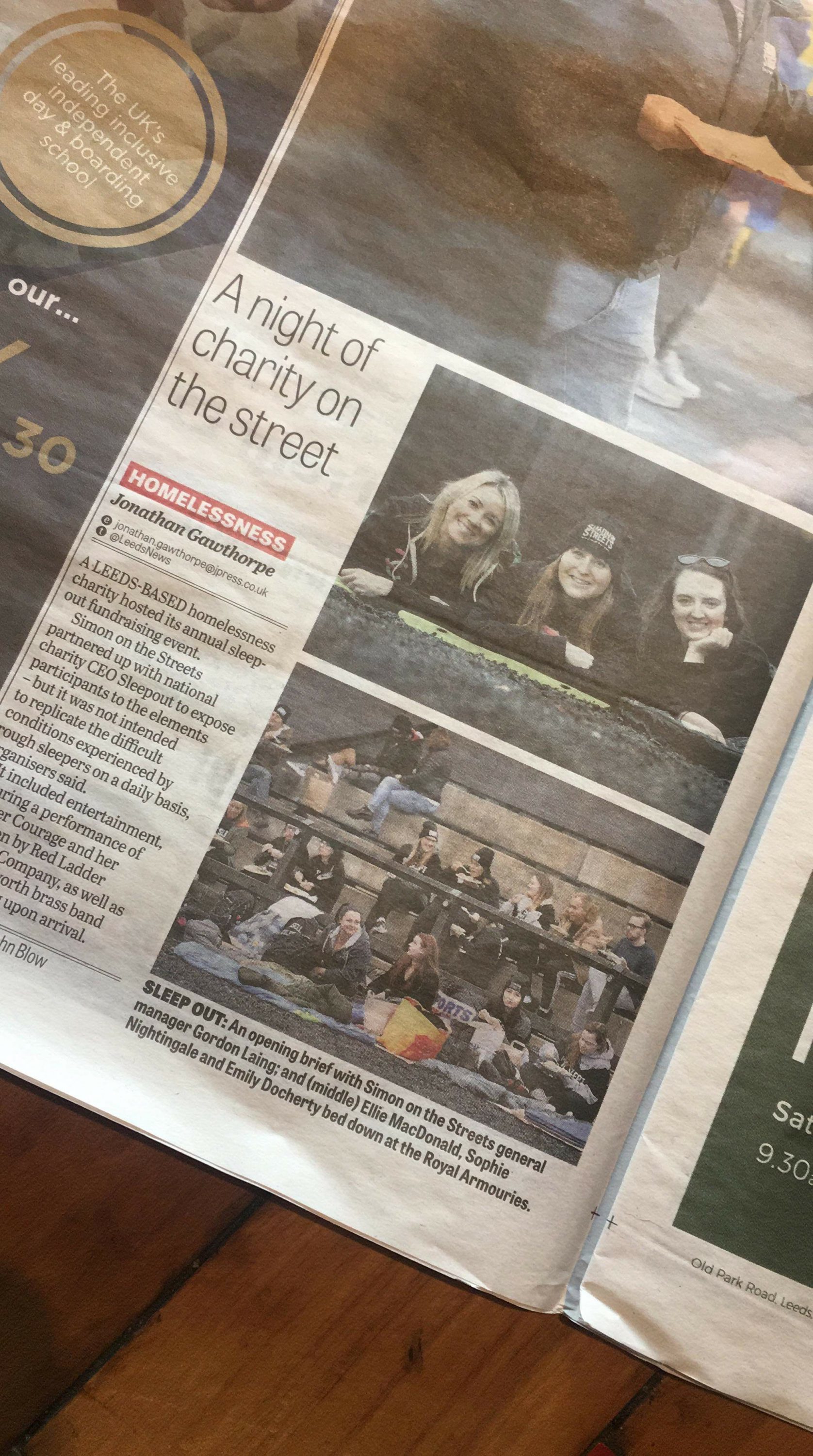 Fundraising, Simon on the Streets